The Beautiful Poetry of Donald Trump by Rob Sears: Review 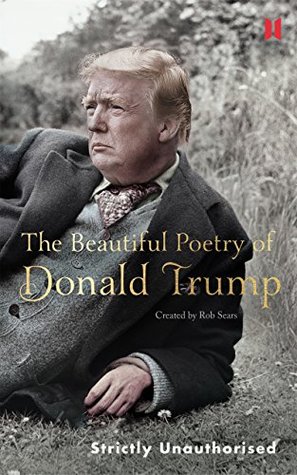 Synopsis: What if there’s another side to Donald Trump? A sensitive, poetic side? Driven by this question, Rob Sears began combing The Donald’s words for signs of poetry.

What he found was a revelation. By simply taking the President Elect’s tweets and transcripts, cutting them up and reordering them, he unearthed a trove of beautiful verse that was just waiting to be discovered.

This collection will give readers a glimpse of the Trump’s innermost thoughts and feelings, on everything from the nature of truth to what annoys him about Halle Berry ? and will reveal a hitherto hidden Donald, who may surprise both students and critics alike.

It’s short and sweet, give it a read.